After a close first quarter, the Warrenton Warriors used strong second and third quarters to pull away from county foe Wright City in Friday’s season opener for both teams. 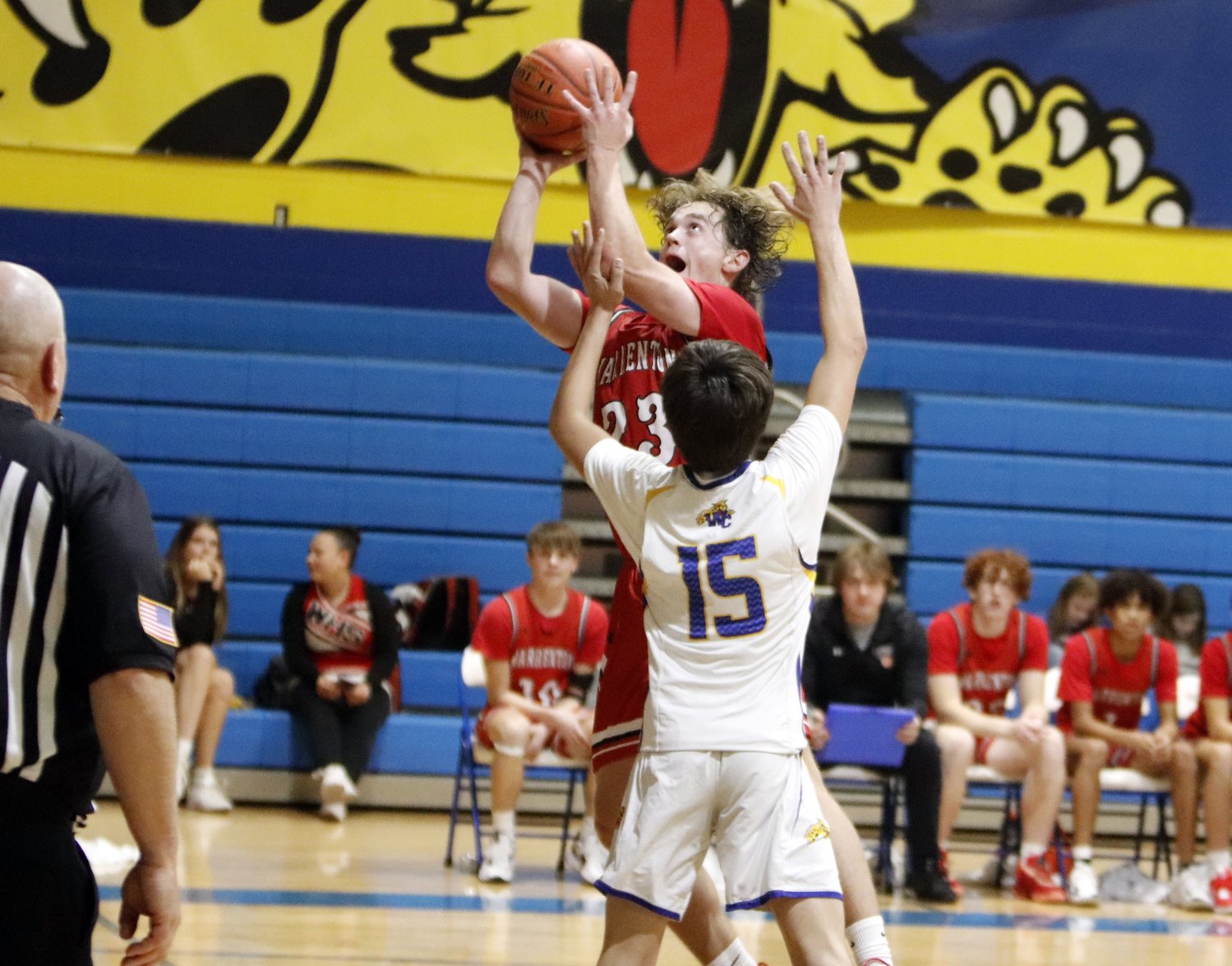 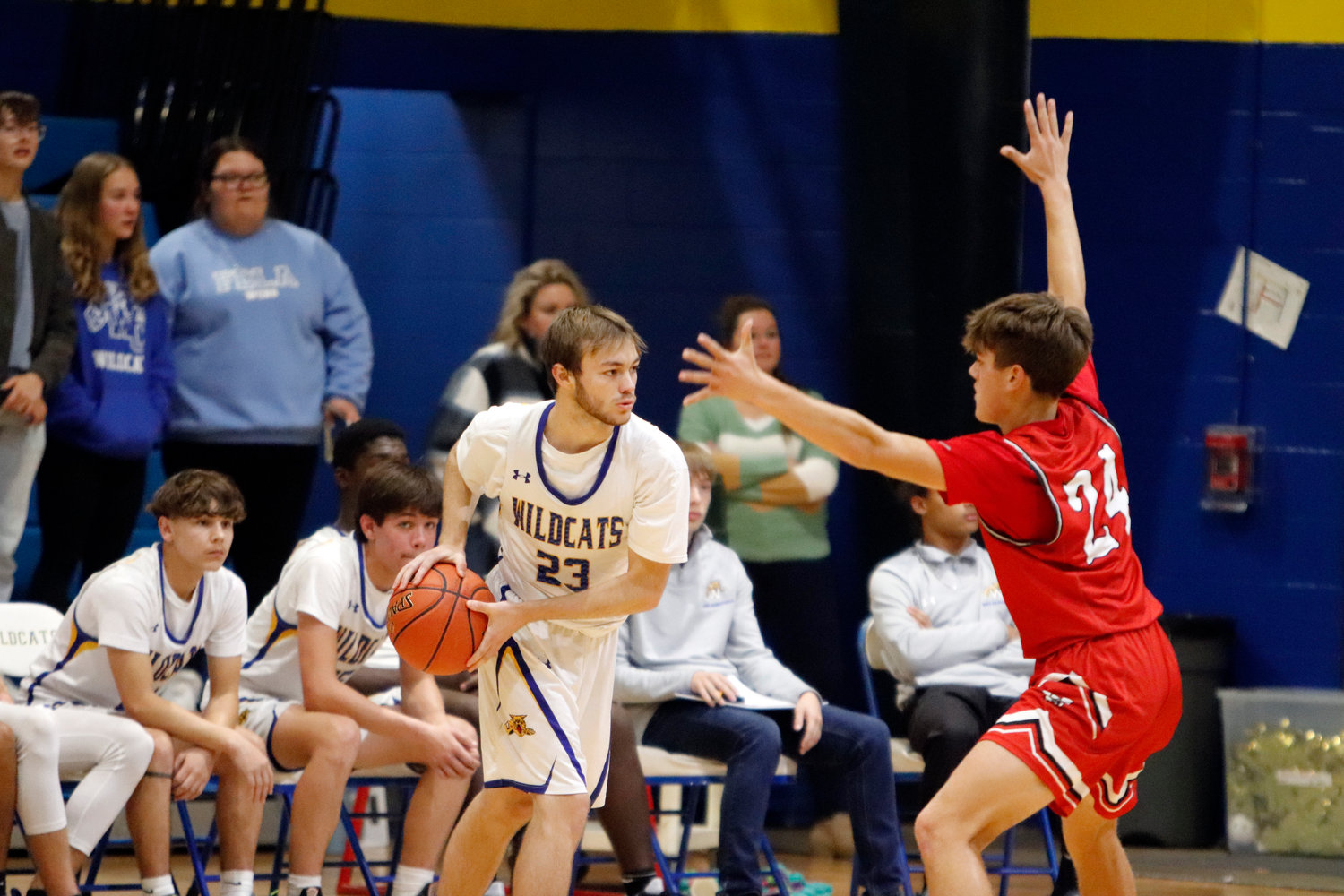 Tim Sheff (left) looks to pass the ball as he is defended by Maison Rader (right) during Friday’s season opener.
John Rohlf photo 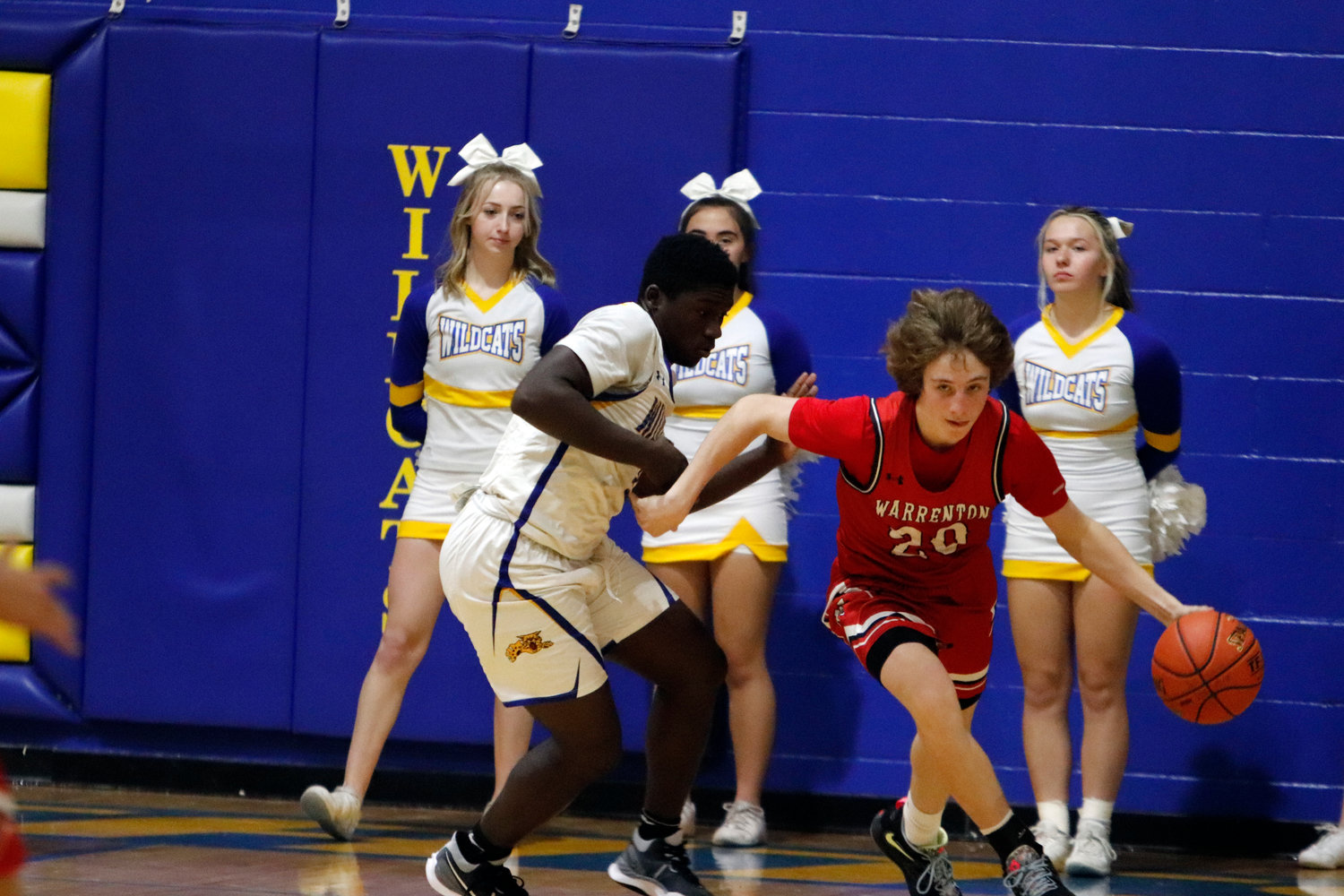 After a close first quarter, the Warrenton Warriors used strong second and third quarters to pull away from county foe Wright City in Friday’s season opener for both teams.

Warrenton basketball coach Mark Thomas said the Warriors showed jitters early on before settling into the game in the last three quarters.

“They wanted to come out and come out strong,” Thomas said. “But the jitters were there. There was some turnovers. A little too close on defense. Missed layups. Missed shots. But we just settled down and got into our stuff.”

The Warriors were led by Kannon Hibbs, who scored 16 points for the Warriors. Thomas said the Warriors put an emphasis on getting the ball in the post.

“The shooters have started to understand that the more the ball goes in the post, the more it will come out of the post,” Thomas said. “So they’ll get better looks from the three point range if we pound the post, pound the post. They’re playing so unselfishly that we’re getting good looks.”

Wright City basketball coach Ken Brown said the Wildcats’ effort level was the best he has seen in a long time for Wright City. However, the Wildcats were unable to get shots to fall offensively. Junior Chris Kornfeld led Wright City with six points.

“I thought they played hard,” Brown said. “They did everything I asked defensively. We were ready for everything they did. We just came across a situation where our shots just weren’t falling for us today. I think that’s going to come with time. We just have to keep working on it.”

After a close first quarter, Brown believes Warrenton’s second chance points were a big factor in the loss. He noted Warrenton focused on getting the ball inside to Hibbs and Tyler Oliver. Brown believes the Warriors’ physicality wore them down late in the game.

Brown also believes the Wildcats lost their composure late in the game. Both teams were assessed a technical foul in the second half.

“We fought hard in the second half,” Brown said. “It was just a situation where we lost our composure which kind of got us down even more with a couple technical fouls. I talked to the guys. They understand that can’t happen. First game, rival game, it’s tough. I think we’ll be good in the long run. Right now, it’s just a learning experience for us.”

Thomas believes both teams got emotional late in the game, which he said happens in high school basketball.

“I think there’s a little rivalry because the guys know each other,” Thomas said. “But I don’t think it’s what everybody thinks it is to be honest. I think it’s always the first game of the year. I think that has more to do with it than where the county line is.”

Warrenton was slated to play their home opener Tuesday against Fulton High School. Wright City was scheduled to play at Hermann Tuesday.