The Warrenton Warriors used an early 7-0 run in the third quarter to seize control of Tuesday night’s conference matchup with Winfield. 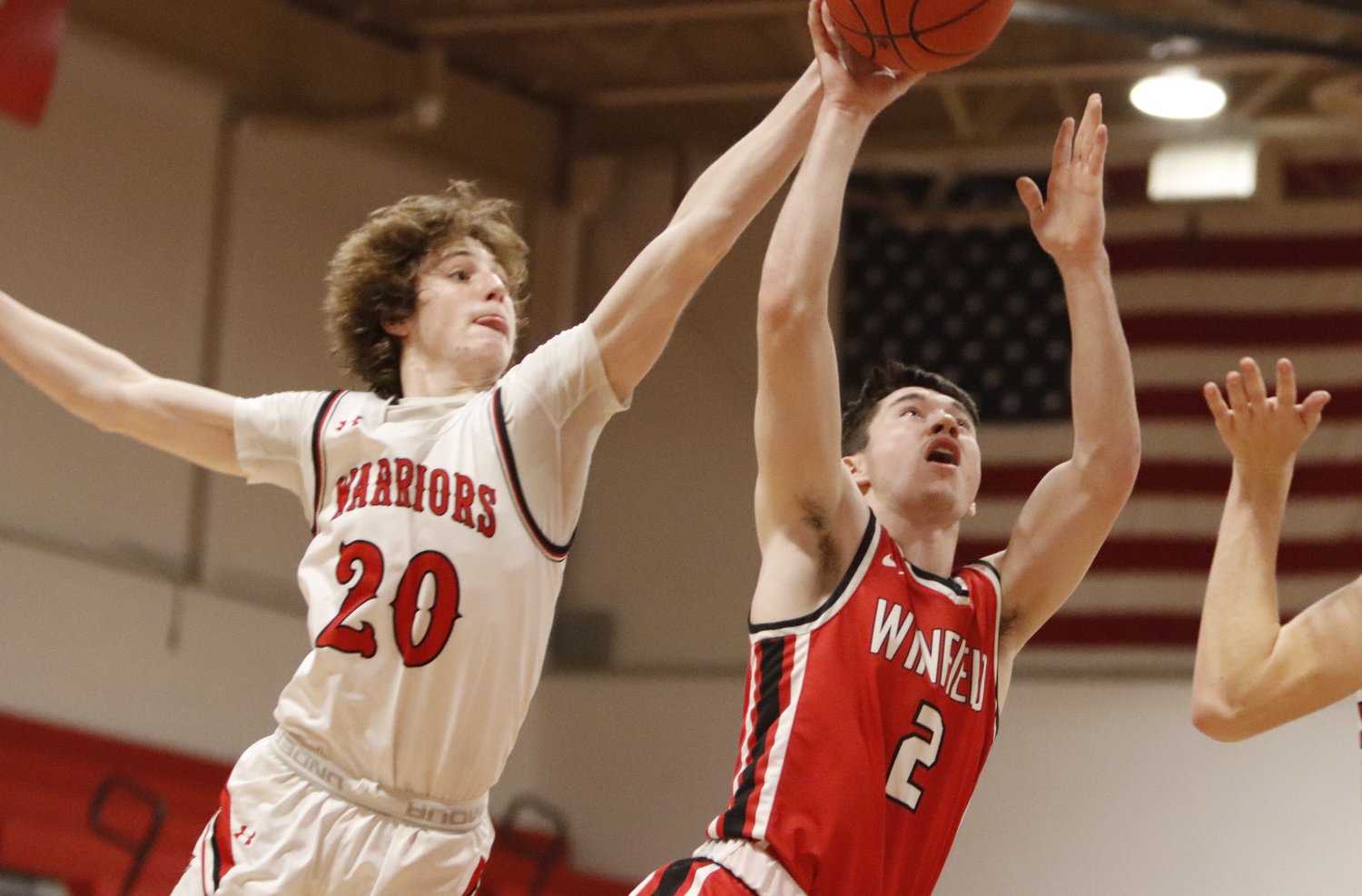 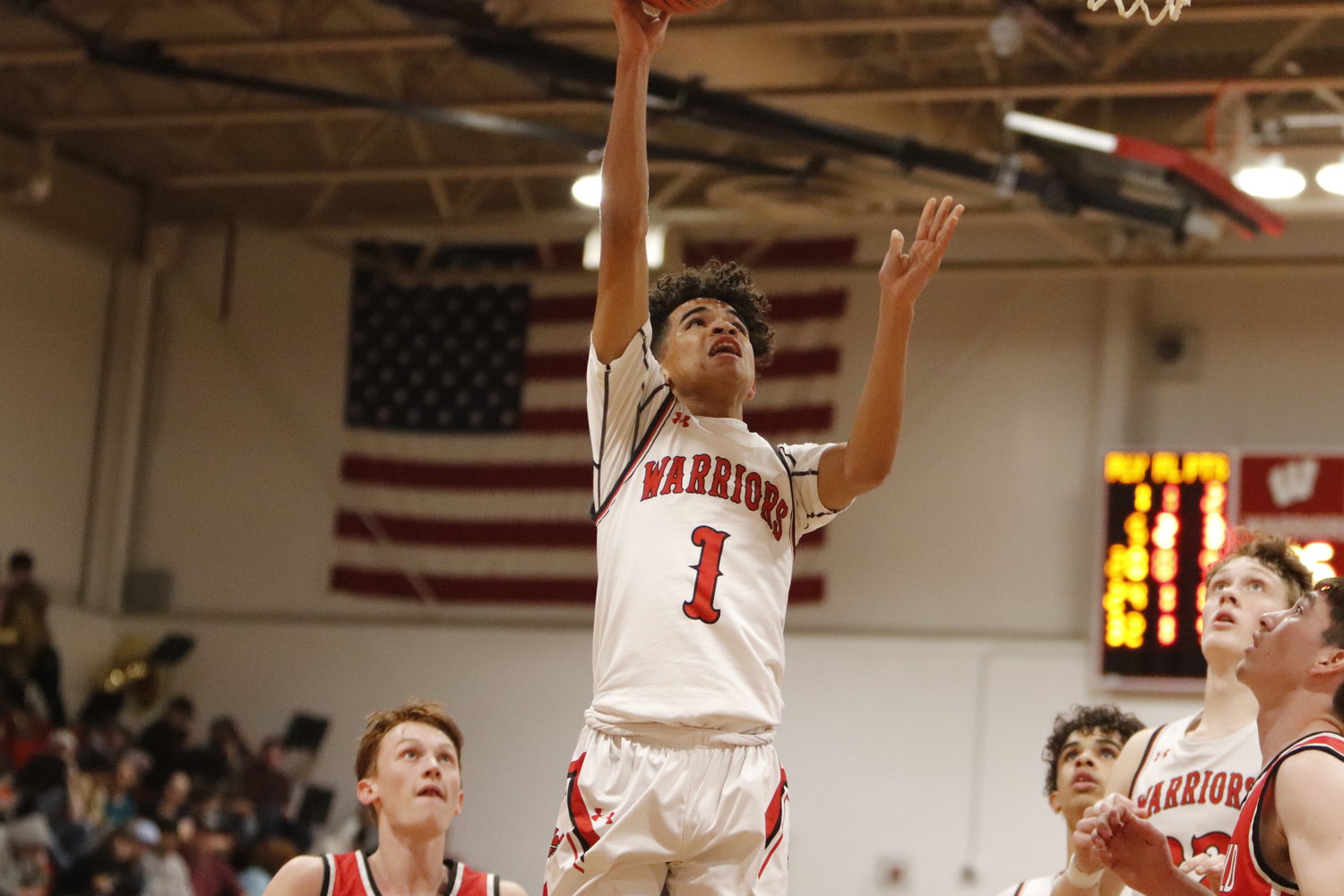 The Warrenton Warriors used an early 7-0 run in the third quarter to seize control of Tuesday night’s conference matchup with Winfield.

Warrenton and Winfield played a tight first half, with Warrenton carrying a 21-18 lead into halftime. After Winfield tied the game at 15-15, Warrenton used their offensive transition game to aid a 6-0 run at the end of the half. Winfield junior Sean Nicholl hit a three-pointer in the closing seconds of the half to trim Warrenton’s lead to three points.

Warrenton went on a 7-0 run coming out of the half to claim a 28-18 lead. Warrenton secured a pair of offensive rebounds on their first possession, allowing Anderson to score a basket on Warrenton’s third chance on the opening possession. After a Winfield timeout, Maison Rader scored a basket and Anderson hit a three-pointer to give Warrenton a double digit lead. Warrenton later claimed a 31-20 lead on Mason Thompson’s three-pointer and led by double digits most of the rest of the second half. Warrenton led 39-26 after three quarters.

Warrenton head coach Mark Thomas thinks the Warriors’ strong rebounding effort in the second half was the key to extending their lead in the final half.

“I thought we had a better nose for the ball tonight and really got after it,” Thomas said. “When we pulled those rebounds, we were able to get into our transition. Any time that they got it, it slowed us down. If they scored, then we can’t transition, which is part of our game.”

Warrenton also crashed the boards on the offensive end, specifically in the second half. Warrenton scored on multiple possessions in the third quarter on second chance opportunities after securing offensive rebounds.

“We knew the zone is predispositioned to be in a certain spot,” Thomas said. “So I told the guys at halftime. They’re going to stay in this zone, here’s the guys that can leak in to go offensive rebound for us and then here’s who has to go back and start our defense for us. So that helped us get those rebounds.”

Warrenton led by double digits most of the fourth quarter. Winfield did not get any closer than nine points in the final quarter. Oliver scored four of his 14 points after Winfield trimmed the Warrenton lead to 44-35.

Thomas thought the end of game was a teaching moment for the Warrenton players, specifically their younger players. He said he wanted Warrenton to pull the ball out and force Winfield to foul Warrenton so Warrenton could close out the game at the free throw line.

“Some of my younger guys thought oh, there’s big driving lanes. It’s attack mode,” Thomas said. “I’m still going to try to throw it to the post. Choose one-on-one. Which is normally what you’d do in the first quarter. But when you’ve got a lead, you’re trying to pull the defense away and make them do unconventional things and get layups and free throws. They got a teaching moment right there.”

Thomas stressed some Warrenton players are not used to closing out a game when up by 10-15 points.

Warrenton is scheduled to host St. Charles West Friday in another GAC North matchup. Tipoff is slated for 7:30 p.m.