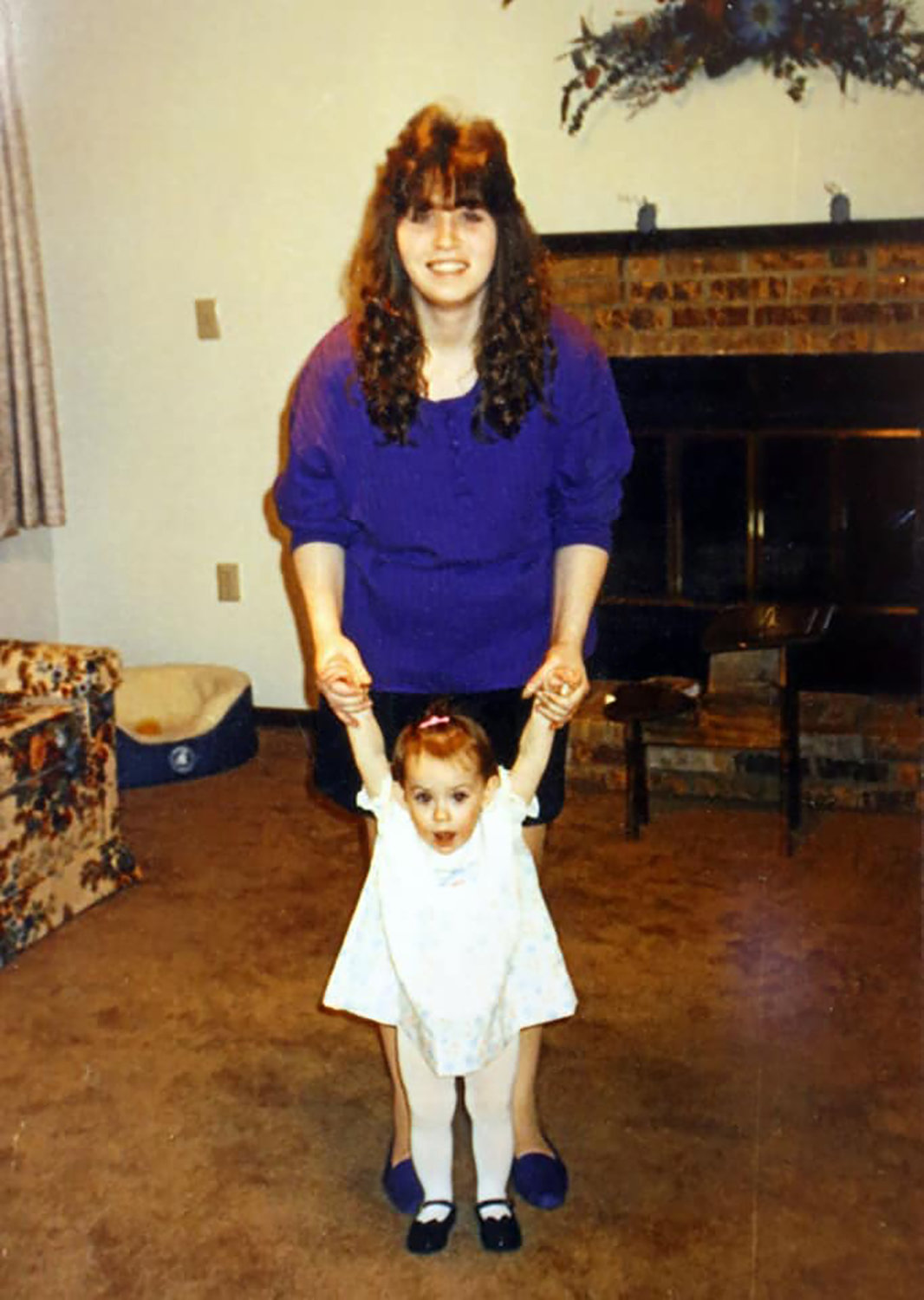 Deanna Howland's remains were found at an I-70 rest stop in Wright City in June 2004. Her body was not identified until March 2016. She was 35 years old when she was killed.
Photo provided by family of Deanna Howland 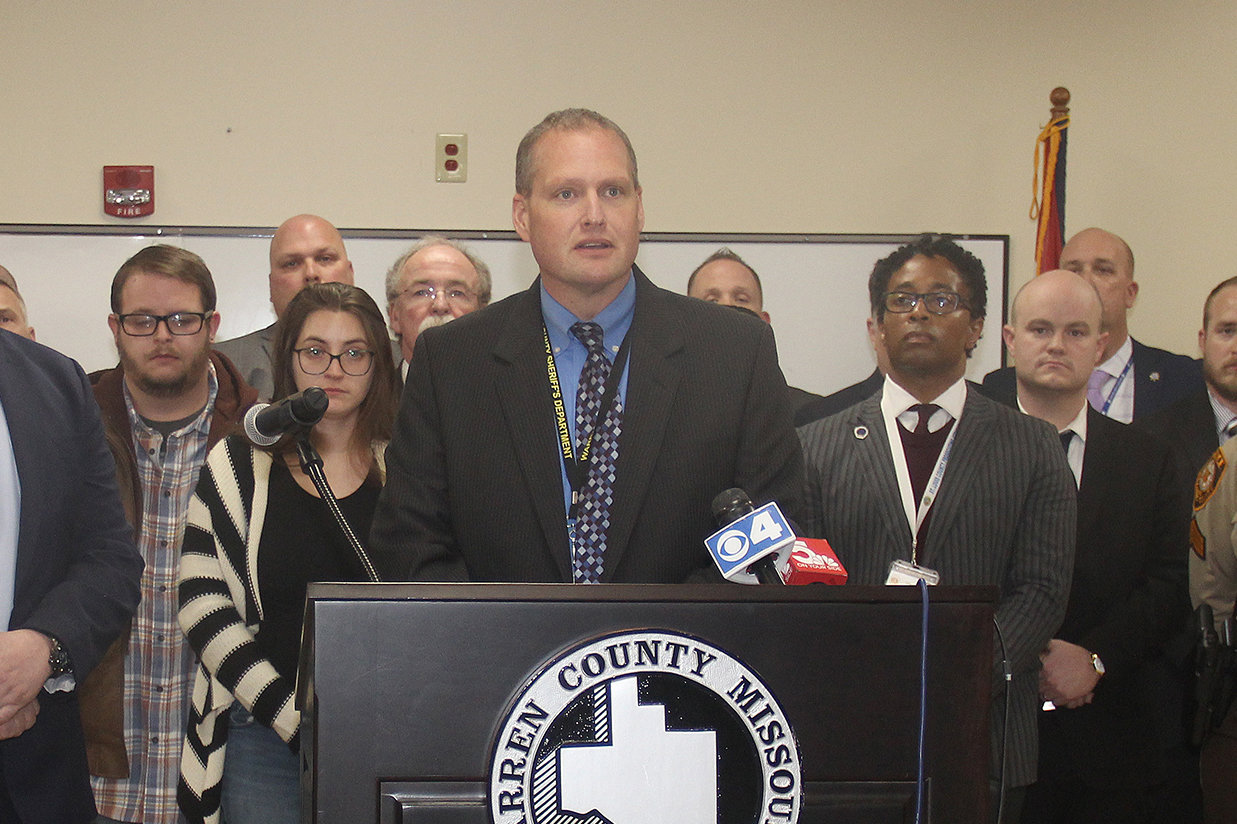 Lt. Scott Schoenfeld with the Warren County Sheriff's Department on Jan. 12 discusses new information about the arrest of a suspect accused of killing a woman in 2004 and dumping part of her remains in Warren County. Schoenfeld said over 1,000 working hours since 2021 and new investigative techniques went into solving the crime.
Adam Rollins photo
Previous Next
Posted Thursday, January 19, 2023 12:39 pm
Adam Rollins, Staff Writer

After 19 years spent searching for answers in the case of a dismembered torso found in Warren County — 12 of which were spent searching for the identity of the female victim — investigators say they have finally connected a suspect to the murder of 35-year-old Deanna Howland of Alton, Illinois.

Mike A. Clardy, 63, of Maryland Heights, was charged on Jan. 11 with murder and abandonment of a corpse. He is accused of killing Howland at his home in St. Louis County in June 2004, and then dumping part of her remains in St. Louis County while taking her dismembered torso to the westbound Interstate 70 rest stop in Wright City. According to the Greater St. Louis Major Case Squad, a joint task force with members from multiple law enforcement agencies, Clardy was identified by using new investigative techniques to reexamine DNA taken from Howland’s body and a knife that was found near to it.

Major Case Squad spokesperson Jon Romas said Clardy was taken into custody Jan. 10 and questioned, during which he admitted to killing Howland and disposing of her body. Romas said Howland appeared to have been working as a sex worker at the time, that she came into contact with Clardy as a result of that work, and that she was killed during an ensuing conflict with him.

Romas said there’s not currently any evidence to suggest that Clardy was involved in any other violent crimes.

Howland’s partial remains were found at the Wright City rest stop on June 28, 2004, by a maintenance worker trimming brush at the edge of the property. Her head, hands and legs had been removed, leaving investigators with only two medical scars on her torso as clues to her identity. The rest of her remains were never found.

Romas and other members of the Major Case Squad credited the persistent work of the Warren County Sheriff’s Department, in partnership with neighboring agencies and the FBI, for tracking down all the clues in this case. Howland’s remains went unidentified for 12 years, until then-sheriff’s deputy Matt Schmutz connected her body to a missing person case from Madison, Illinois, and got DNA from family members to identify her in March 2016.

Now, more than 18 years after the killing, DNA was again key in locating a suspect in the murder. Lt. Scott Schoenfeld, the lead detective of the sheriff’s department, said advances in the tools and techniques for DNA investigations, through a partnership with the St. Louis branch of the FBI, helped detectives finally make the connection to Clardy.

Schoenfeld declined to comment on the record about the specifics of these new tools other than that a new source of information became available, but said that the new resources were like getting new pieces to a puzzle. The case wasn’t immediately solved, but detectives finally had a new series of leads to begin running down.

“I’d say between 2021 and today, we probably have between 1,000 to 1,500 manpower hours just at the sheriff’s department … zeroing in on Mike Clardy and ultimately confirming his identity as our suspect,” Schoenfeld said. “It was a combination of new technology and old-fashioned detective work. And I can’t emphasize enough the importance of the partnerships between different agencies at the local, state and federal level that all contributed.”

Hunting down all the information necessary to solve this murder required 19 years of dedication from a team of officers who refused to let the case go, Schoenfeld said. They couldn’t rest easy knowing that whoever had committed this act of violence was still at large.

“For me, it was … knowing that somebody capable of that kind of heinous crime, that kind of brutality and inhumanity, is still out somewhere,” Schoenfeld commented. “Our job is to bring justice for victims, but it’s also to keep the community safe. … One way we do that is by putting people that are capable of this kind of violence behind bars, where they can’t hurt anybody ever again.”

Howland’s daughter, Ashley Kinnear, spoke to reporters on Jan. 12 and said her mother’s disappearance in 2004, when she and her brother were young children, left her family with years of questions. She told police she spoke with that her mother had promised to pick her up after school, but that she never showed up. Having Howland’s remains identified in 2016, and now her suspected killer found, was closure her family needed to prove that Howland hadn’t abandoned them, Kinnear said.

She thanked investigators for never giving up on the case and continuing to care.

“They made sure I knew they didn’t forget about it, and that they were still actively working,” Kinnear said. “I knew that something had happened. I knew she didn’t decide to just get rid of us. For me to know that there’s this many other people that care, that believe that as well … I’m very thankful for all of the Major Case workers.”