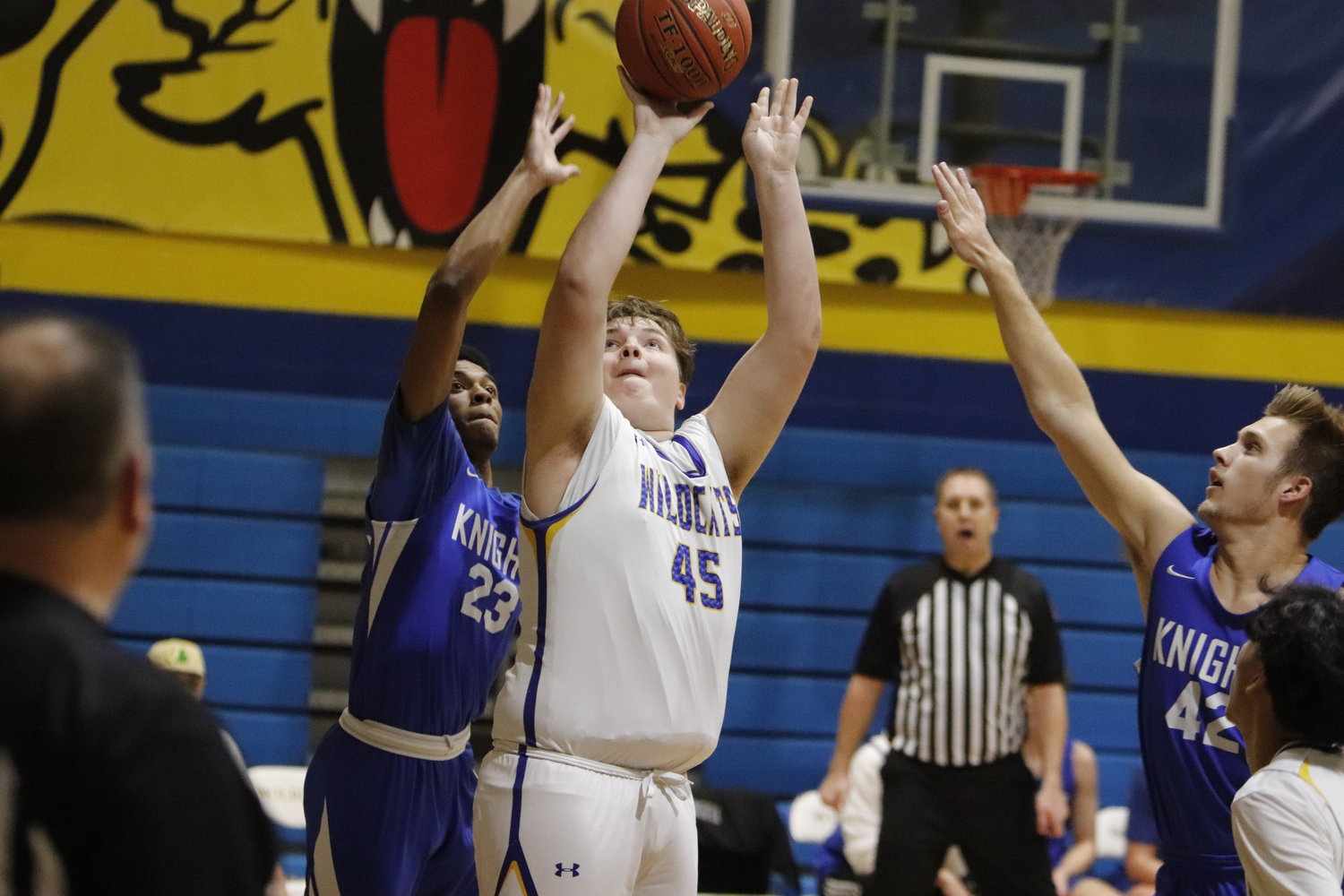 “We moved the ball well,” Wright City boys basketball coach Ken Brown said. “We took care of the ball somewhat. Versus their man, we were doing a good job of scoring.”

“They got a lot of steals,” Brown said. “The steals turned into transition buckets. We had the open slot. We just had to get to that point. Once we did get it to the block down to Carle’on (Jones), we were able to score. We were able to have success out of it. We just weren’t able to get past that part of the game.”

Brown noted the Blue Knights were trapping the ball once the Wildcats crossed half court. Wright City was not able to get the ball reversed against the St. Louis Christian defense.

Brown said the Wildcats did not spend too much time preparing for the zone trap look. The Blue Knights had not shown that defensive look much earlier in the season.

“They did it a little bit versus other teams and other teams kind of beat it,” Brown said. “We just weren’t able to get it to the right spot.”

Wright City is scheduled to compete in the Hermann Invitational next week.