The Warrenton Lady Warriors were unable to sustain their fast start in their loss to Timberland in the championship game of the Warrenton Tournament last week. 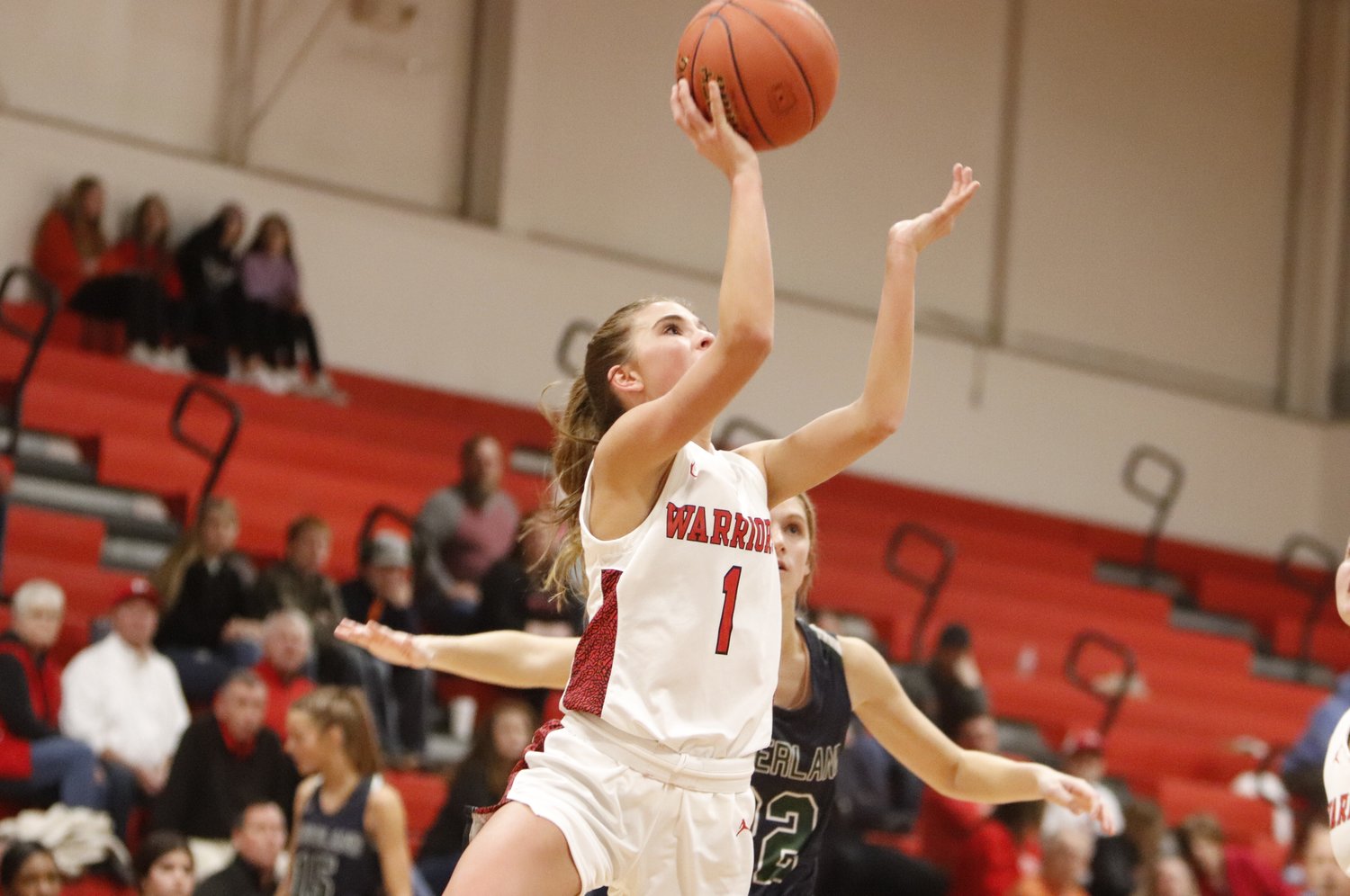 The Warrenton Lady Warriors were unable to sustain their fast start in their loss to Timberland in the championship game of the Warrenton Tournament last week.

Warrenton (9-7) fell to Timberland 54-37 in Friday night’s championship game. Timberland outscored Warrenton 36-17 in the second half after Warrenton held a 20-16 halftime lead.

“They came out and they played a 3-2 zone against us in the second half,” Warrenton girls basketball coach Hannah Logan said. “We got set up how we wanted to be. One high, one low. We just didn’t get the ball inside enough for them to collapse and kick it back out. We came out and we just didn’t execute.”

Warrenton started the game on an 8-2 run and led 13-5 after one quarter. Senior guard Audrey Payne hit a pair of three-point field goals and Neveah Hill scored a basket to give Warrenton the early lead. Payne scored nine points in the first quarter to help Warrenton claim an early lead.

Warrenton and Timberland both held multiple leads in the third quarter that ended with Timberland holding a 36-32 lead heading into the final quarter. Payne hit her fourth three-point field goal of the game to give Warrenton a 23-16 lead. Timberland responded with a 13-5 run to take their first lead of the game at 29-28.

“I think we got the looks we wanted. We got good looks,” Logan said. “We did miss some easy bunnies that would have helped to cut the gap down. I also think maybe we could have crashed the offensive boards a little harder to get second chance looks as well.”

Timberland quickly gained control of the game in the fourth quarter. After Benke scored a basket at the start of the quarter to pull the Lady Warriors within two points, Timberland outscored Warrenton 18-3 the rest of the quarter.

Payne led Warrenton with 12 points in the loss. Benke and Hill added seven points each.

Warrenton bounced back Monday with a 70-52 win over Winfield. The win moved the Lady Warriors to 5-0 in GAC North play. Warrenton currently sits two games ahead of Winfield, who currently is in second place in the conference with a 2-1 record. Warrenton is scheduled to square off against St. Charles West at 6 p.m. Friday in the first matchup this season for the conference foes. Tipoff is slated for 6 p.m. at Warrenton High School.