A strong team defensive performance helped Warrenton win their opening round game of the Warrenton Tournament. 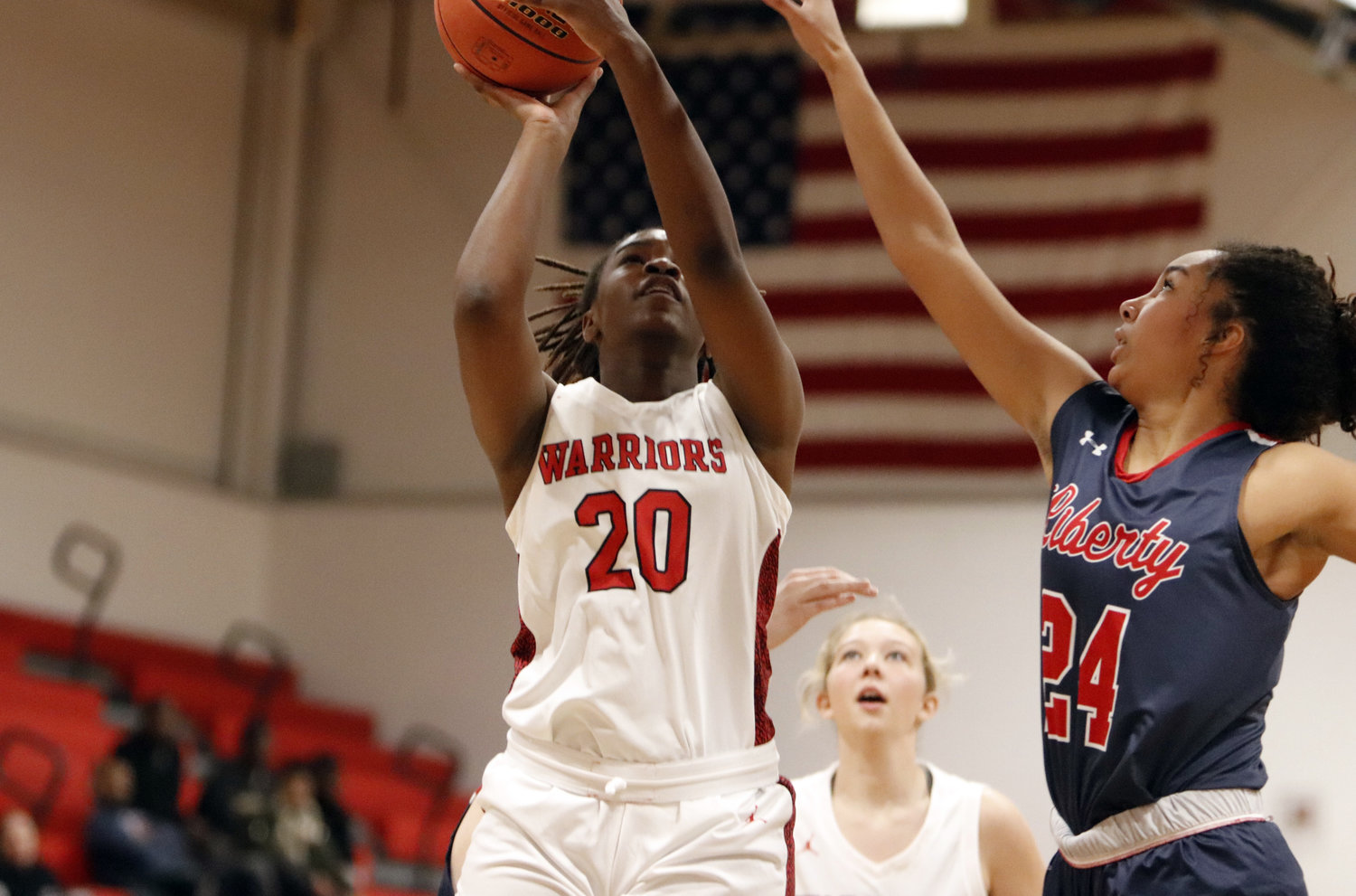 A strong team defensive performance helped Warrenton win their opening round game of the Warrenton Tournament.

Warrenton (7-6) beat Liberty High School 51-17 Monday to advance to the semifinals of the Warrenton Tournament. The Lady Warriors have won three consecutive games to move over the .500 mark for the first time this season.

“We’ve been working really hard on defense in practice,” Warrenton head coach Hannah Logan said. “Be in and help. Help the helper. Being in the correct position. Tonight, we executed. We came out. We were in the right spot at the right time. We talked. We played really well together on defense.”

Audrey Payne hit a three-pointer to start the third quarter to put Warrenton up 29-7.

Logan thought the Lady Warriors executed their offensive plan for the night, which was to feed the post throughout the game.

“Our goal and our plan for tonight was to work in and then work out,” Logan said. “So our big goal for the girls was to get it into the post. If they don’t have something, then they’ll kick it out and have our feet settled for a shot.”

Nine different Lady Warriors scored in the 34-point win. Hill led Warrenton with 14 points. Warrenton got contributions from their starters and bench throughout the game.

“I told the bench that they are on the team. I trust them,” Logan said. “So when they go in, they need to have confidence in themselves. So one of our goals was to play as a team, win as a team. Everybody get in. And so we accomplished that goal.”