Athlete of the Month: Troy Anderson

Warrenton junior Troy Anderson is leading the Warriors to a resurgence on the hardwood this season.

A two-sport athlete at Warrenton, Anderson has helped the Warriors to eight wins in their …

Athlete of the Month: Troy Anderson 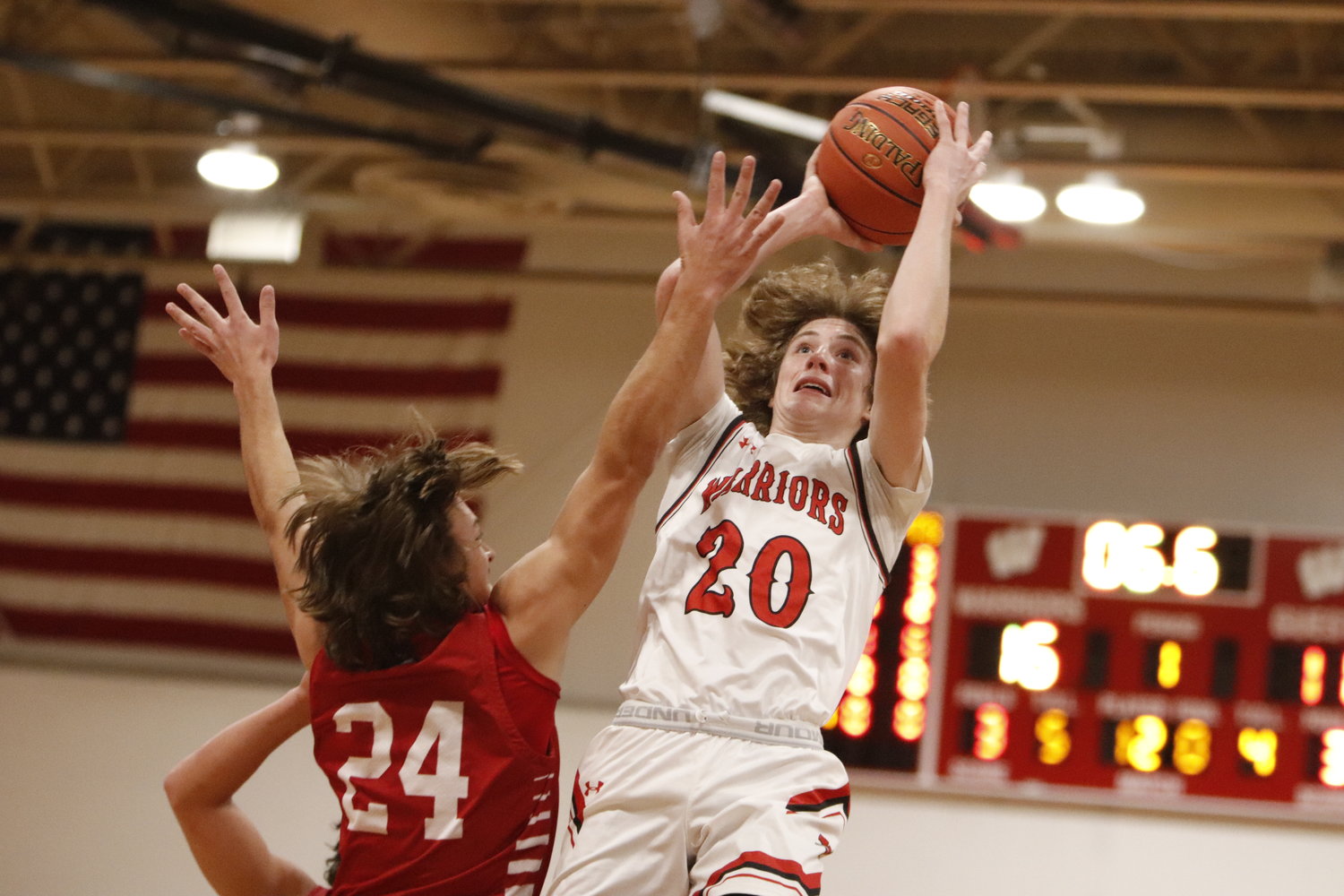 Troy Anderson goes up for a shot in a game against St. Clair earlier this season.
John Rohlf photo
Posted Thursday, January 19, 2023 12:00 am

Warrenton junior Troy Anderson is leading the Warriors to a resurgence on the hardwood this season.

Anderson was also one of several Warriors to play a role in Warrenton’s improvement on the diamond last season. Warrenton nearly doubled their win total from Anderson’s freshman season in his sophomore campaign. They finished the season  with a 15-13 record. Anderson finished last season with a .319 batting average and 17 RBIs as Warrenton’s shortstop. He hit seven doubles and scored 25 runs.

Did you grow up in the area?

Yes. I used to play on a feeder league team with a bunch of us high schoolers now. My dad was coaching. We were called the Warrenton Warriors. I’ve always been to the basketball games. Went to their camps. I’ve been here for a pretty long time.

Have you always attended school in the Warren County R-3 school system?

Yes. I started at Rebecca Boone. Then I went to middle school and now I’m here.

What have been the keys to the basketball team’s turnaround this season?

Definitely working harder in practice this year with our new (Assistant) Coach (Antonio) Holland. He has pushed us a little bit more than the past two years. Definitely, us working together in the game. Passing the ball and sharing it a lot more than last year.

In what areas have you improved the most as a basketball player?

Definitely my confidence and probably my finishing ability around the rim. My freshman year, I didn’t really look to take many shots. This year, I’m looking to score and also looking to pass.

When did you start to feel confident on the court?

This is probably the year it clicked for me. (Head Coach Mark) Thomas was on me about not shooting enough. And then this year, I’ve been confident with my shot and shooting the ball.

What do you hope to see from the team the rest of the season?

Definitely getting better at defense. We’re always looking at that every single day. And having better spacing on our offensive end would definitely help us.

How long have you played baseball?

I started playing baseball before basketball. I switched around a couple teams but we don’t really have feeder league teams here for our high school baseball.

Did you like the growth the baseball team showed last season?

Yes. It definitely helped. But us being young, I think this year we’ll be even better because we had I think six starting sophomores last year and this year, all the juniors will be bigger and stronger.

What is your favorite subject in school?

Probably Trigonometry and Pre-Calc, math. The teachers are really nice and I have a lot of friends in that class.

What is your favorite food?

What is your ideal travel destination?