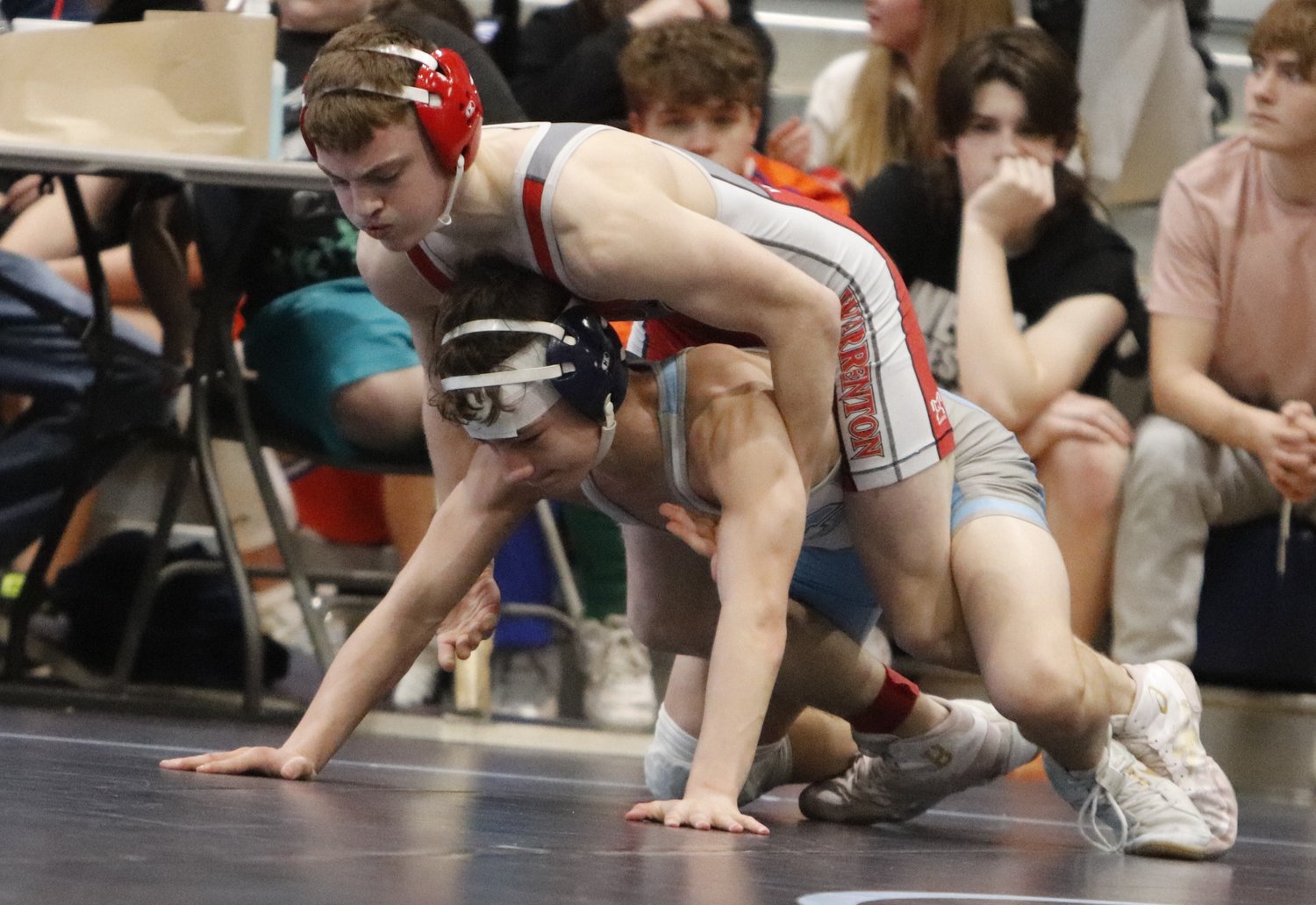 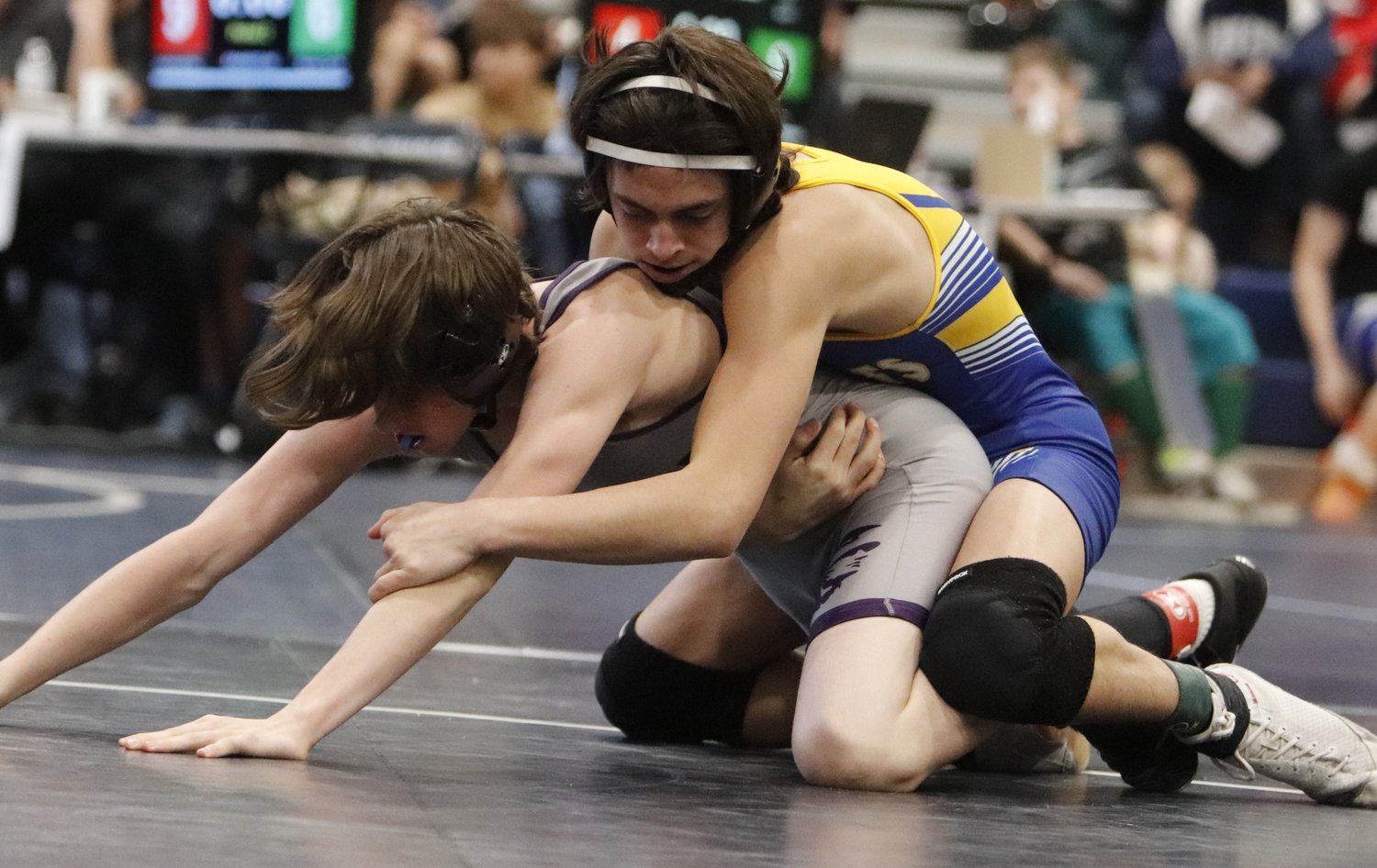 Riggs went 4-0 in the bracket to win the 125-pound weight class and help the Lady Wildcats to a third place team finish. She pinned all four of her opponents in a combined 4:23. She pinned Shea Nortrup of Ft. Zumwalt North and Micah Barnes of Ft. Zumwalt West to advance to the semifinals. After pinning Addison Geiler of St. Genevieve in 1:24, she pinned Emmy Begemann of Fulton in less than one minute to win the title.

The Warriors also registered two second place and two third place finishes to finish tied for fifth as a team despite only five Warrenton wrestlers competing in the tournament.

Manny McCauley and Jeremiah Kassing placed second in their weight classes. McCauley went 3-1 in the 106-pound weight class. He pinned Kemper Gehring of Benton and Koen Volpi of Wright City in his first two matches of the tournament. He pinned Brody Apenbrinck of North Point in 3:53 in the semifinals. McCauley dropped a 10-0 major decision to Cole Blattner of Fulton in the championship match.

Kassing went 2-1 to place second in the tournament. He pinned David Yates of Wright City in 4:33 in the quarterfinals. He beat Carter Barnes of Troy Buchanan 5-1 in the semifinals. Drake Meyer of Ste. Genevieve pinned Kassing in the championship match.

Joshua Kassing and Anthony Lombardo both went 4-1 and placed third in their weight classes. Kassing beat Camden Brown of St. Charles and Cooper Mortensen of Ladue in his first two matches of the tournament. After Kassing fell to Kaden Purler of North Point, he won a pair of matches to place third. He beat Bryant Schwent of Ste. Genevieve on a 9-8 decision and Denim Guthrie of McCluer on an 8-3 decision.

Lombardo also responded from a loss in his third match to place third. Lombardo beat Darrion Armstrong and Phil Covington in his first two matches. After dropping a 4-3 decision to Elijah Brocksmith, Lombardo pinned Alfred Jenkins of Pattonville and Jack Ernest of Poplar Bluff.

Three Lady Wildcat wrestlers earned second or third place finishes to help Wright City place third as a team. Caelyn Hanff won a pair of matches and placed second in the 170-pound weight class. Hanff pinned Daevanie Stewart of Troy Buchanan and Carly Foster of Fulton in her first two matches of the day to advance to the championship match. Hanff dropped a 6-2 decision to Zoe Freeman of Poplar Bluff in the championship match.

Samantha Yates and Sara Sehnert placed third in their weight classes. After dropping her first match on a 9-1 major decision to Brianna Everett of Ft. Zumwalt North, Yates won her final three matches. She won her first consolation match by forfeit over Olivia Brown of Pattonville. She pinned Madison Haney of Troy Buchanan and Brianna Everett of Ft. Zumwalt North in her final two matches of the tournament.

Sehnert also finished the day with three wins after dropping her first match of the day. She lost her opening match to Jasmine Gordon. She pinned Sophia Spakowski of Liberty and beat Lydia Henke of Troy Buchanan on a 13-2 major decision. She also beat Maria Slaughter of Holt by forfeit.

Lane Graves led the Wright City boys wrestling team with a third place finish. Graves won his first two matches of the tournament. He beat Josh Whitebread of Troy Buchanan on a 16-12 decision and Garrett Dearborn of Poplar Bluff on a 6-0 decision. After falling to Owen Drury of Ste. Genevieve, Graves pinned Whitebread and Miller Chantharasy of Brentwood.

Madisen Nash was the top finisher among three Lady Warrior wrestlers. She went 3-2 on the day to place fifth in the 145-pound weight class.